Home » Family Law » You are reading »

Understand the cost of child support in Thailand. According to Thai Family Law, both parents are responsible to support their children financially. This until they reach the legal age of 20. This is not an issue for children who live with both of their parents. However, issues regarding child support come up. This when parents are separated or divorcing, or for those born outside of the marriage. In general, child support and child custody in Thailand can be decided. Either by mutual consent or written agreement, and by court order.

Child support amount should not be used for the benefit of the custodial parent. Also should be utilised for the child’s financial necessities including food, shelter, clothing, medical and educational needs.

For divorcing parents having issues regarding child support. Options are to settle it with an agreement or file a petition in court. If the child support cannot be settled by an agreement, oftentimes the court would order the non-custodial parent to pay a fixed amount as financial support to the custodial parent. Also, even when both parents share custody of the child. The court may still impose payment by from one parent to the other. The court has the authority to decide the amount of child support to be paid. This considering various factors including the condition of the child and the financial capability of the parent who is obliged to pay child support.

Child support can also be agreed upon by both parents, which means they put it into writing and attached with the divorce agreement. The parents may set the amount of child support and method of payment. The said agreement should also be signed by two witnesses and registered at the local district office together with registering the divorce. When the non-custodial parent fails to pay child support, the custodial parent has the right to file a petition in court for implementation.

For children born out of the marriage, under Thai Law, the biological father is not obliged to pay for the child support. Unless the father applies for the legitimation of the child, the issue of child support is then brought to court; in this case, the court will decide on the issues of legitimation, child custody and child support in Thailand. 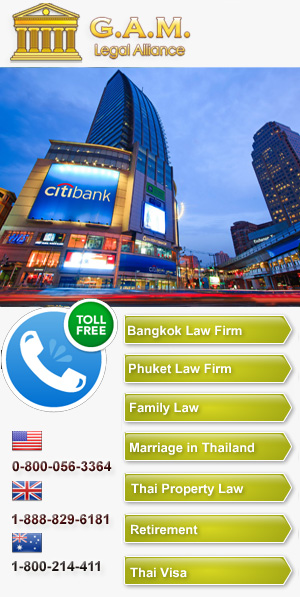